to make your writing full of your personality.

Court Your Clients, Part 1: Dating Lessons You Can Apply to Business

I hate dating. I hate playing games. I hate having to wait to reply to a text so you don’t look like you were obsessively checking your phone or always available. I hate the awkward dating process. I hate wasting my time with boys instead of men.

It’s no surprise that I pretty much belly-ached through high school that I wanted a boyfriend and why didn’t I have a boyfriend and everyone else is dating, what’s wrong with me??

Aside from being in the marching band. Take the hint, Angelica….

Yes, clients are like dates. You gotta go through a lotta frogs to find the ones that’s going to value your time and wants to be with you.

So before you can even think about dating, you gotta make sure you’re ready. You learn from your older sister or see what the cool high school kids are going. On second thought, don’t pay attention to that. Take your big sister’s advice.

These are some tried and true maxims that everyone spits out regarding dating that can also apply to finding clients.

It Gets Easier with Practice

My mom would always tell me this. It’s such an unsatisfying answer. What do you mean, I have to put in the work and get better at it? Why can’t people just like me nooow? Ugh…

Think back to the first few times you went on a date. It was probably super awkward. You probably didn’t feel comfortable. You probably were too excited/overwhelmed/in shock to be able to speak much.

I’m picturing Rory Gilmore’s first few interactions with Dean. She could string sentences together very well, but when he was around, her talking points included the roundness of cakes.

But then they went out a few times and got to know each other and it got better.

It’s the same thing with anything business-related. Sending a pitch letter. Writing a blog post. Drafting a proposal. Having a talk about your rates.

The more times you do it, the better you’ll get at it. You’ll feel less stiff, your true self will come out, and someone will say yes to your date idea. Or not make fun of your obsession with round cakes.

Aside from the whole band thing, I was dragging around a pretty low mojo with me during my formative dating years. I did not even close believe that I was going to find someone.

It’s so much harder to get your ideas heard when you say something like, “Well, it isn’t that good, but it’s the best I can do. I don’t really like it, but if you do….”

To get into that mindset (either before a date or a business meeting), try some power poses. What’s that? Propelle explains power posing beautifully. Channel your inner Wonder Woman (or whoever super confident role model is) and strike a pose. Hands on hips. Chest out. Chin up.

Go for Quality, not Quantity

Now that you’ve started to see yourself as this awesome creature that everyone wants to get with in the (printer) sheets, let’s focus on the types of people you’re going after.

You go on a few first dates and you thought you hit it off but you never hear from him and you spend time wondering what you did wrong. Sound familiar?

It isn’t until you start respecting yourself and going after quality men that magic happens.

How many times have you sent the, “Thanks for meeting, I’m so excited for the next steps,” email only to hear crickets in return?

You were going after a business-pig. He was probably out with other businesses while he was talking to you. It’s cool, he can do that if he wants. And you, feel free to move on. Don’t waste your energy and brain space for someone who can’t send you a cordial email in return.

There Are Plenty of Fish in the Sea

Sometimes, you just aren’t a match. There was one date in particular that I knew would never go anywhere. This guy totally lied about his height (hello, I’m 5′ tall, how did you think I would miss the fact that you’re shorter than me yet you claim to be 5’7″?) and he was just really, really bad at conversation. There was no spark.

But saying no to him allowed me to find someone who was right for me. And probably him, too. Maybe someone who enjoys self-tanner a little too much. #BadOompLoompaJoke

Getting (or saying) no will open you up for a better opportunity later.

So buck up, because there are plenty more businesses in the sea. You’re just allowing the universe to deliver the right one to you, block-free. 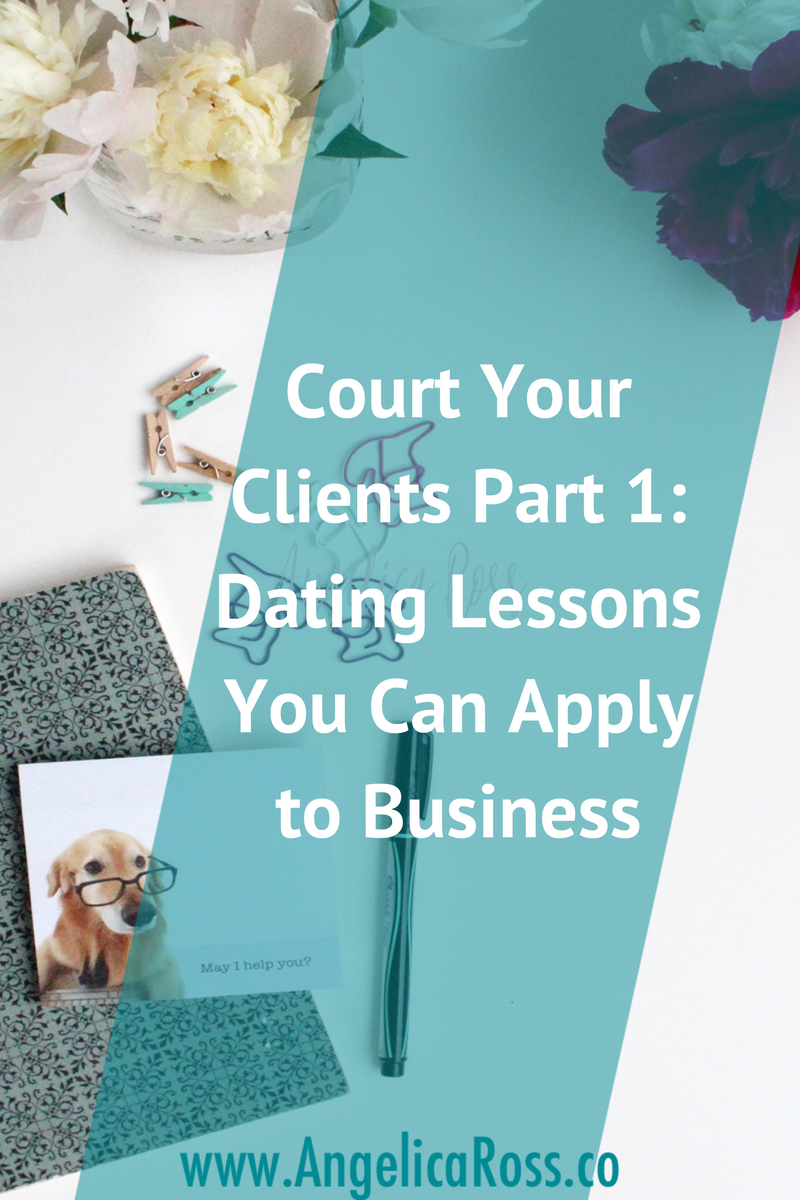 No matter how you look at finding clients, the process can sometimes straight-up suck. And if you think you’re doing everything right, but end up without a date on Friday night, Part 2 is all about the rules. Keep an eye out for that next week!

What lessons have you taken from your dating life and applied to client relations? 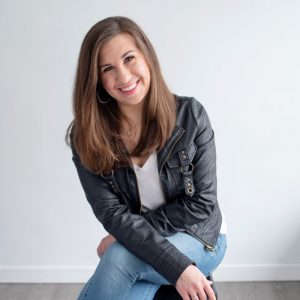 Let’s create copy that’s relatable, fun, and reaches the people who need to hear it! I help bold, brazen, change-making entrepreneurs tell their story and write copy + content that’s as true and powerful as possible. And since cookie cutters should stay firmly in the kitchen (or wherever it is you like to bake), the work we do together will be as unique as you — but it’ll still create a powerful connection with your audience! Learn more about what we can do together! 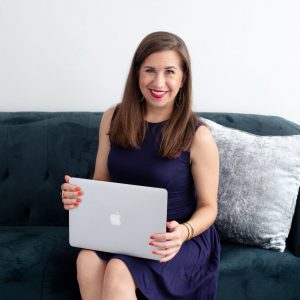 Craft a message that’s relatable and reaches your people on your terms.

Through my mix of expertise, reliability, and humor, I help creative online businesses create clear, impactful copy crafted to convert and help you reach your fullest potential.

I fully believe there’s power in words. Our word

Isn’t it funny that it’s just one letter off,